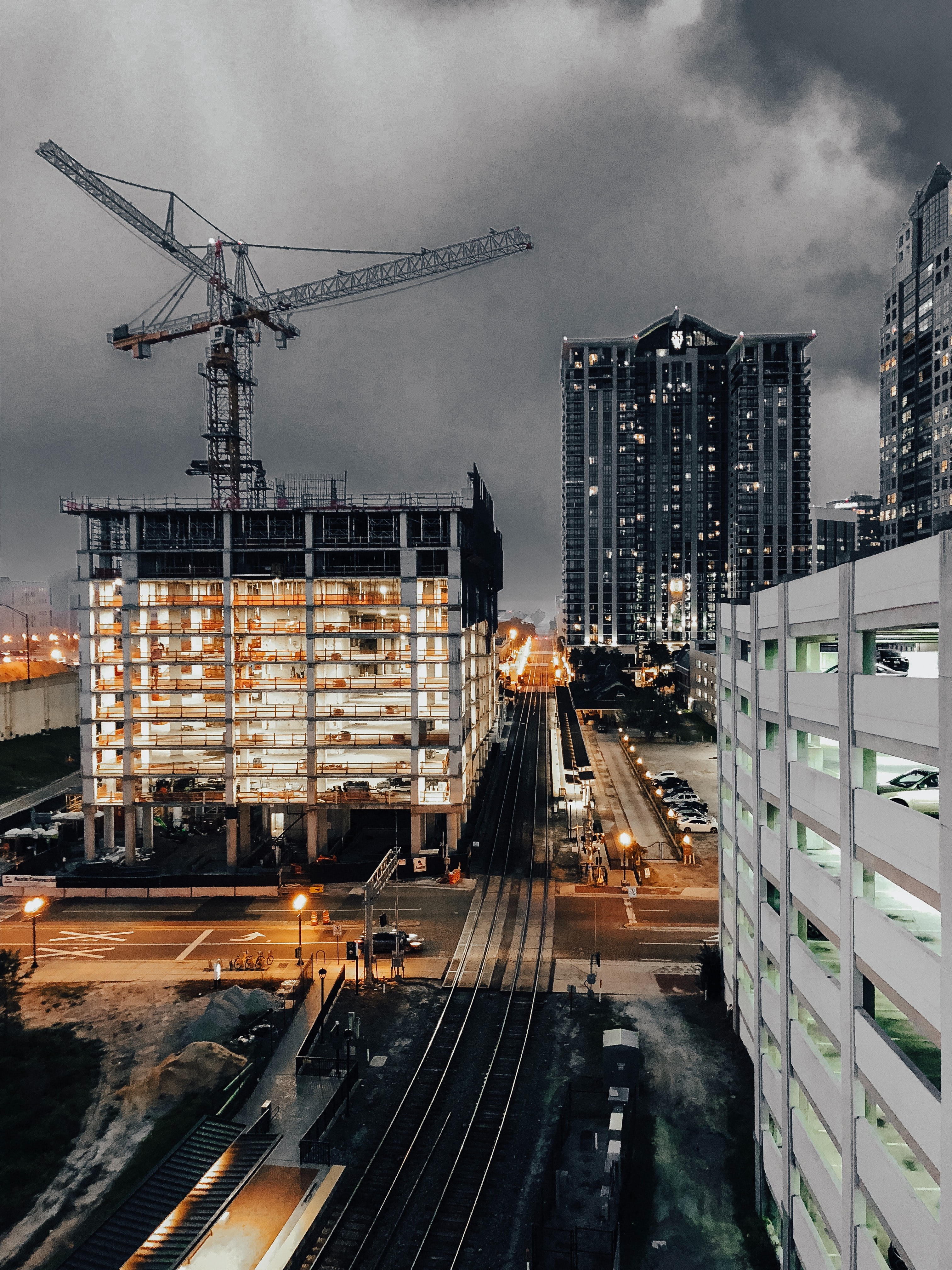 Following the collapse of the construction industry in 2008, which resulted in many contractors becoming insolvent due to non-payment, the Government introduced the Construction Contracts Act 2013 (the Act), which came into force on 25 July 2016. The primary purpose of the Act was to create new legal rights and obligations on the parties to a relevant construction contract which included:

• a right to suspend work for non-payment;
• a ban on the widely used 'pay-when-paid' clauses; and
• a new right for a party to a "construction contract" to refer a payment dispute to adjudication at 'any time'.

The key steps involved in the Adjudication process are:

The Act aims to safeguard cash flow on construction contracts by providing injured parties with the tools to get paid quickly without spending considerable time and money resolving disputes in arbitration or court.

The rapid nature of adjudication can only work if the courts are willing to enforce decisions made by adjudicators; otherwise, unsuccessful parties could ignore decisions made against them and therefore undermine the very purpose of the Act. This is the very reason why statutory adjudication has flourished in the UK to now become the most widely used form of dispute resolution since its introduction in 1996. From the get-go, the UK courts have been willing to enforce adjudicators decisions even where the adjudicator got it wrong. As a result, adjudication in the UK has been described as "pay now, argue later" and involves rough justice. The robust nature of adjudication in the UK is clear from the following remarks of Sir Murray Stuart Smith in the Court of Appeal in C & B Scene Concept Design Ltd v Isobars Ltd [2002] EWCA Civ 46 [para 27] where he said "It is now well established that the purpose of adjudication is not to be thwarted by an overly sensitive concern for procedural niceties. …"

Because of the constitutional differences between the UK and Ireland, there was some doubt that similar levels of support would be shown by Irish courts in enforcing adjudicators decisions, especially in situations where rough justice was served on the unsuccessful party. These concerns were discussed by Mr Justice Frank Clarke of the Supreme Court in a paper titled Adjudication – The Role of the Courts [29 January 2014], where he said on page 3, "I do not think it can be assumed that the precise way in which the Irish courts will approach issues arising out of adjudication will be identical to the way in which similar questions might be approached in the UK. Justice Clarke added on page 6 that "the starting point is that the constitutional requirement of fair process necessarily applies in the adjudication process" and on page 11 said, "the court took the view that it could not dispense with fair process. … So it seems that the need to comply with fair process overrides practicality…"

Mr Anthony Hussey raised similar concerns in his book Construction Adjudication in Ireland [2017]. On page 3, he refers to "the elephant in the room" being that of compliance with the Irish Constitution of 1937. Mr Hussey says, "it is likely that the Irish courts on constitutional grounds will balk at the prospect of enforcing adjudicators decisions that are clearly incorrect. The courts in the UK and elsewhere have robustly supported adjudication to the extent of enforcing decisions that were manifestly incorrect". Mr Hussey says that if the courts are prepared to set aside a decision on that basis alone, the whole purpose of the Act could be defeated.

The Act aims to safeguard cash flow on construction contracts by providing injured parties with the tools to get paid quickly without spending considerable time and money resolving disputes in arbitration or court.

At the time of writing, there have been three cases of note before the courts where it had to decide on the enforcement of an adjudicator's decision. First up was Gravity Construction Limited v Total Highway Maintenance Limited [2020 No. 153 MCA]. This case involved an application by Gravity to seek enforcement of an adjudicator's decision for the sum of €135,458.92. Totals response to the application was that enforcement should be stayed pending the determination of the dispute in arbitration. Notwithstanding the fact that Total later gave a formal undertaking to pay the adjudicator's award within two weeks of the hearing, the court still saw it fit to make an order against Total and for the awarded sum to be paid within seven days. Even though this decision does not touch on the constitutional concerns raised by Justice Clarke and Mr Hussey, it shows the court's support for the "pay now argue later" intentions of the Act.

Next up was Principal Construction Ltd v Beneavin Contractors Ltd [2020 No. 199 MCA]. This case involved the enforcement of an adjudicator's decision to the sum of €643,635.98 by Principal. Although the issues, in this case, again did not touch on any constitutional matters, it confirmed the courts' full intent to enforce an adjudicators award unless the adjudicator lacked jurisdiction or breached natural justice rules. In delivering the judgement, Mr Justice Meenan provided us with a helpful reminder of the rationale underpinning statutory adjudication where he said

"The purpose and aim of the Act of 2013 is to provide for a summary procedure to enforce the payment of moneys from one party to another […] This ensures that moneys are paid without having to await the outcome of arbitration or litigation, which, more often than not, involves delay.  The necessary timelines for payment in the building and construction industry are very different to the timelines in arbitration and litigation."

The third case is Aakon Construction Services Limited v Pure Fitout Associated Limited [2021 No. 161 MCA]. In this case, the respondent sought to resist paying the adjudicators decision for the sum of €242,225.09 on the basis that the adjudicator had breached the rules of fair procedure and constitutional justice by failing to address a substantive defence raised by the respondent.

The adjudicator held that a failure to respond to a payment claim notice issued by the claimant had the consequence of triggering a default requirement to pay the amount claimed. With that, the adjudicator then relied on a judgement of the Court of Appeal in England and Wales in Grove Developments Ltd v. S&T (UK) Ltd [2018] EWCA Civ 2448, which led the adjudicator not to consider the defence raised by the respondent where the respondent sought the 'true' value of the payment claim notice to be adjudicated upon.

In arriving at its decision, the court recognised the difference between UK legislation and domestic legislation and found that the adjudicator was wrong in deciding that a failure to respond to a payment claim notice triggered a requirement to pay the amount claimed. Notwithstanding this error, the court indicated it was not concerned with whether the adjudicators interpretation of the legal position was correct, but rather the narrow issue of whether failure by the adjudicator to embark on a 'true' valuation of the works constituted a breach of fair procedure. Finding that the adjudicator did address the respondents request for a 'true' valuation, albeit, in the wrong way, it found that the adjudicator did not breach the rules of fair procedure and constitutional justice because it addressed all the points put to him.

Aakon v Pure Fitout is the first decision where the courts could have baulked at enforcing the adjudicator's decision, the fact that the adjudicator arrived at the wrong answer. Instead, the courts stood squarely behind the objectives of the Act by beating the 'pay now argue later' drum loud and clear and enforced the adjudicator's decision. In doing so, the courts sounded a word of caution by indicating that an error of law made during an adjudication might be seen as outside the adjudicator's jurisdiction. The court indicated that "As the case law evolves, it will be necessary to address more difficult questions, such as whether errors of law are similarly capable of examination in the context of an application for leave to enforce". It will be interesting to see how this particular aspect of the law develops in the future. The courts' light-touch approach in Aakon v Pure Fitout and its support in earlier cases bodes well for the Act thus far.

It looks like the white elephant is safe and well for now.

Ready to work together?

Thank you! Your submission has been received!
Oops! Something went wrong while submitting the form.
By clicking “Accept”, you agree to the storing of cookies on your device to enhance site navigation, analyze site usage, and assist in our marketing efforts. View our Privacy Policy for more information.
DenyAccept